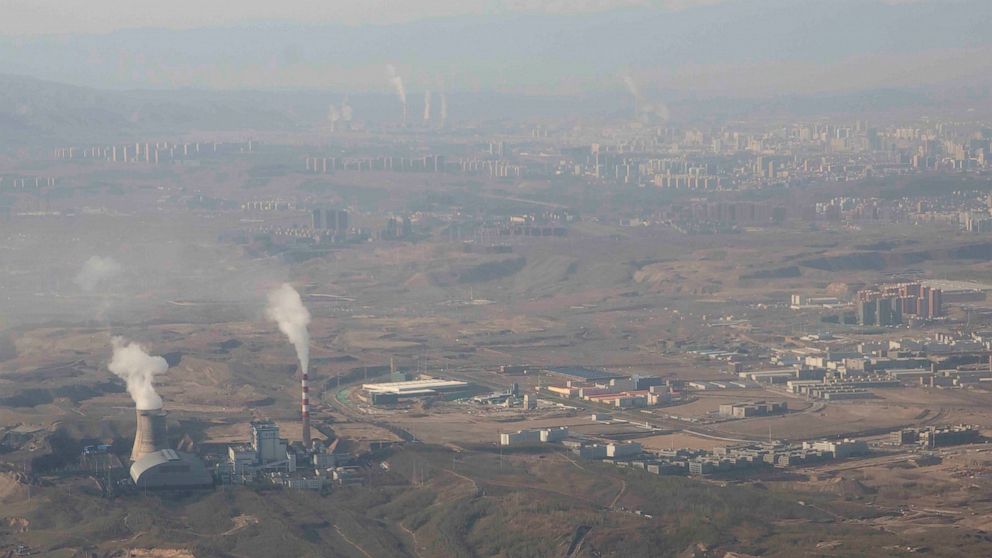 Official plans are to increase coal production capacity by 300 million tonnes this year, according to news reports. This is equivalent to 7% of last year’s production of 4.1 billion tonnes, an increase of 5.7% compared to 2020.

China is one of the biggest investors in wind and solar, but jittery leaders have called for more coal-fired power after economic growth slumped last year and shortages caused blackouts. electricity and plant closures. Russia’s attack on Ukraine has added to concerns that foreign oil and coal supplies could be disrupted.

Officials face political pressure to ensure stability as President Xi Jinping prepares to try to break with tradition and give himself a third five-year term as head of the ruling party in the fall.

Coal is important for “energy security,” Cabinet officials said at an April 20 meeting that approved plans to expand generation capacity, according to Caixin, a business news magazine.

The ruling party is also building power plants to inject cash into the economy and kick-start growth which fell to 4% year on year earlier in the last quarter of 2021, down from the 8-year expansion. .1% for a full year.

Governments have pledged to try to limit the warming of the atmosphere to 2 degrees Celsius (3.6 degrees Fahrenheit) above pre-industrial levels. Leaders say what they really want is a 1.5 degree Celsius (2.7 degree Fahrenheit) limit.

Scientists say even if the world hits the 2 degree target in the 2015 Paris climate pact and the 2021 Glasgow follow-up agreement, it will still lead to higher seas, stronger storms, extinctions plants and animals and more people dying from heat, smog and infectious diseases.

China is the largest producer and consumer of coal. Global trends depend on what Beijing does.

The Communist Party has rejected binding emissions commitments, citing its needs for economic development. Beijing has avoided joining governments that have promised to phase out the use of coal-fired electricity.

In a 2020 speech at the United Nations, Xi said carbon emissions would peak by 2030, but he did not announce any target for the amount. Xi said China aims for carbon neutrality, or removing as much from the atmosphere by planting trees and other tactics as is emitted by industry and households, by 2060.

China accounts for 26.1% of global emissions, more than double the US share of 12.8%, according to the World Resources Institute. Rhodium Group, a research firm, says China emits more than all developed economies combined.

Per person, China’s 1.4 billion people emit an average of 8.4 tonnes of carbon dioxide equivalent per year, according to the WRI. This is less than half the US average of 17.7 tons, but more than the European Union’s 7.5 tons.

China has abundant coal reserves and produced more than 90% of the 4.4 billion tonnes it burned last year. More than half of its oil and gas is imported and leaders see it as a strategic risk.

China’s goal of carbon neutrality by 2060 appears to be on track, but using more coal “could jeopardize that, or at least slow it down and make it more expensive,” said Clare Perry of the Environmental Investigations Agency in an email.

Promoting coal will make emissions “much higher than they need to be” by the peak year of 2030, Perry said.

“This decision is completely against the science,” she said.

Beijing has spent tens of billions of dollars building solar and wind farms to reduce dependence on imported oil and gas and clean up its smog-choked cities. China accounted for around half of global wind and solar investment in 2020.

Yet coal is expected to provide 60% of its energy in the near future.

Beijing is cutting millions of jobs to reduce its state-owned coal industry, but production and consumption continue to rise.

Authorities say they are reducing carbon emissions per unit of economic output. The government reported a 3.8% reduction last year, better than 1% in 2020, but down from a 5.1% reduction in 2017.

Last year’s total energy consumption rose 5.2% from 2020 after a recovery in global demand for Chinese exports propelled a manufacturing boom, according to the National Bureau of Statistics.

Stimulus spending could also increase carbon output if it funds the construction of more bridges, train stations and other public works. This would encourage the production of carbon-intensive steel and cement.

China’s coal-fired power plants are operating at about half capacity on average, but building more creates jobs and economic activity, Greenpeace’s Li said. He said that while power is not needed now, local leaders are under pressure to make them pay for themselves.