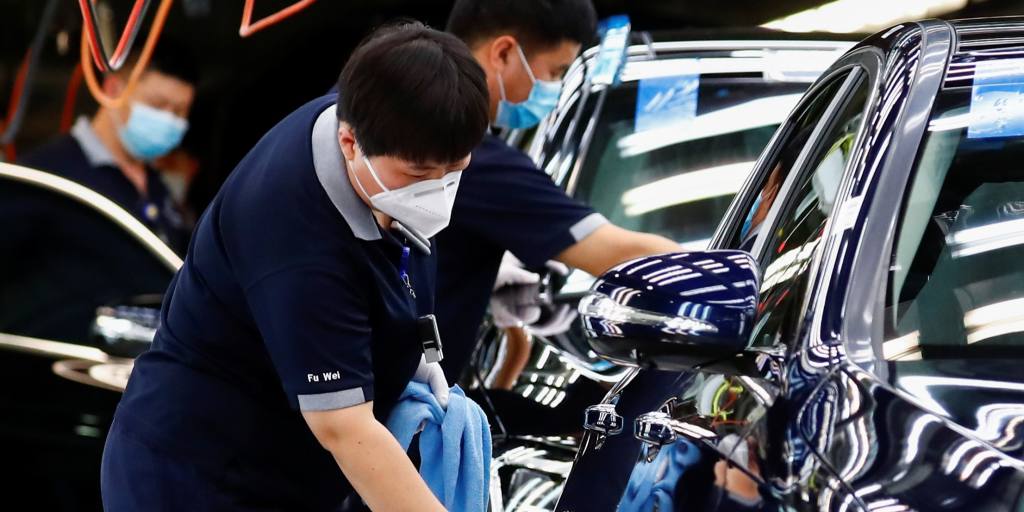 TOKYO – Fleets of yuan-denominated bonds in mainland China by foreign issuers have rebounded this year as global multinationals capitalize on the economy’s long-term growth prospects to plan for business expansion.

For the year through September, 19.5 billion yuan ($ 3.02 billion) of so-called panda bonds were issued, according to Refinitiv, exceeding the total for 2020. The sum excludes the floats of entities registered at Hong Kong and Macao.

Last year, the coronavirus outbreak prompted companies to accumulate funds. As a result, panda bond issuance has halved from the record high of 32 billion yuan in 2019.

This year, European companies have shown a renewed appetite for financing. German Daimler raised 8 billion yuan through four floats in March and May. German automaker BMW has issued 7 billion yuan since June.

“There is a demand for funds ahead of the expansion of Chinese companies in the medium to long term,” said Jiang Jiang, senior Chinese analyst for Daiwa Securities.

Panda bond companies have a rating of at least BBB, which gives sellers another advantage. The Chinese bond market has experienced turbulence due in large part to the difficulties of the domestic real estate sector.

The 3-year bonds that Daimler sold in May initially yielded above 3.7%, but now the rate has fallen below 3.5%, indicating a gain in value.

Meanwhile, demand to raise funds using Japanese Yen-denominated Samurai Bonds has declined. Only 332.5 billion yen ($ 3.03 billion) was issued in the first nine months of the year, down about 10% from the previous year.

The amount issued so far this year is only one fifth of the 1.74 trillion yen of samurai bonds issued throughout 2019. The value of this year’s sum is comparable to that of panda bonds .

When the Chinese financial authorities opened the bond market to international investors in 2015, the free float of panda bonds was less than one-fifteenth of the value of samurai bond issues. Current trends highlight the decline in fundraising in the Japanese economy affected by the pandemic.