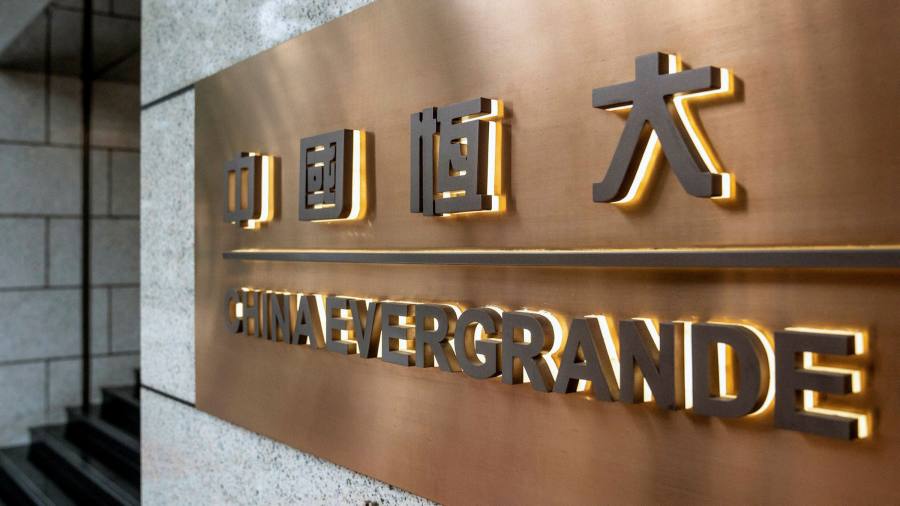 Heavily indebted Chinese developer Evergrande has replaced its chief executive and chief financial officer after an internal investigation revealed they were involved in a scheme that led to banks demanding more than $2 billion from a subsidiary.

In March, the group said mysterious lenders to a real estate services unit seized more than $2 billion of its cash. The seizure threatened to hit the remaining value of Evergrande’s international bonds, which trade at a fraction of their $20 billion worth following the company’s default late last year.

Evergrande said in a statement Friday evening that Xia Haijun, its chief executive, and Pan Darong, its chief financial officer, had both resigned over the claim, where 13.4 billion Rmb ($1.9 billion) in deposits at Evergrande Property Services have been pledged as security. for “third party warranties”.

The company said that “based on information from the preliminary investigation”, Xia and Pan “participated in the above arrangement”. He added: “In view of this, the board has decided to ask these people to resign from their functions within the group.”

The property group’s collapse last year was part of a crisis in China’s property sector that has dampened the country’s growth. The world’s second-largest economy narrowly avoided a contraction in the second quarter, as gross domestic product rose 0.4% year-on-year.

Evergrande has more than $300 billion in liabilities, of which about $20 billion are offshore dollar-denominated bonds. Its collapse rocked the offshore dollar bond market and put pressure on local governments that relied heavily on the property market for revenue and growth.

Ke Peng, an executive at another Evergrande subsidiary, Hengda Real Estate Group, also participated in the arrangement and has resigned, Evergrande said.

Shawn Siu, president of Evergrande’s electric vehicle company, will become the new chief executive and Qian Cheng, a group executive, will take on the role of chief financial officer.

The company said it was in talks with its subsidiary, Evergrande Property Services, on a pledge repayment plan, but gave no further details.

“The plan is primarily to offset the corresponding sums by transferring the Group’s assets to Evergrande Property Services,” Evergrande said.

In an interview with 21st Century Business Herald, a Chinese website, published Friday, Siu said no personal appropriation of funds was found during the investigation.

“The funds were used for group operations and repayment of the group’s internal and external debts,” Siu said.

The developer added that it was “considering” appointing an internal control consultant to review the company’s risk management procedures and would issue a report on the investigation.

Evergrande is expected to announce its restructuring plan later in July. Hui Ka Yan, the billionaire founder of the group, remains chief executive after stepping down as chairman last year.