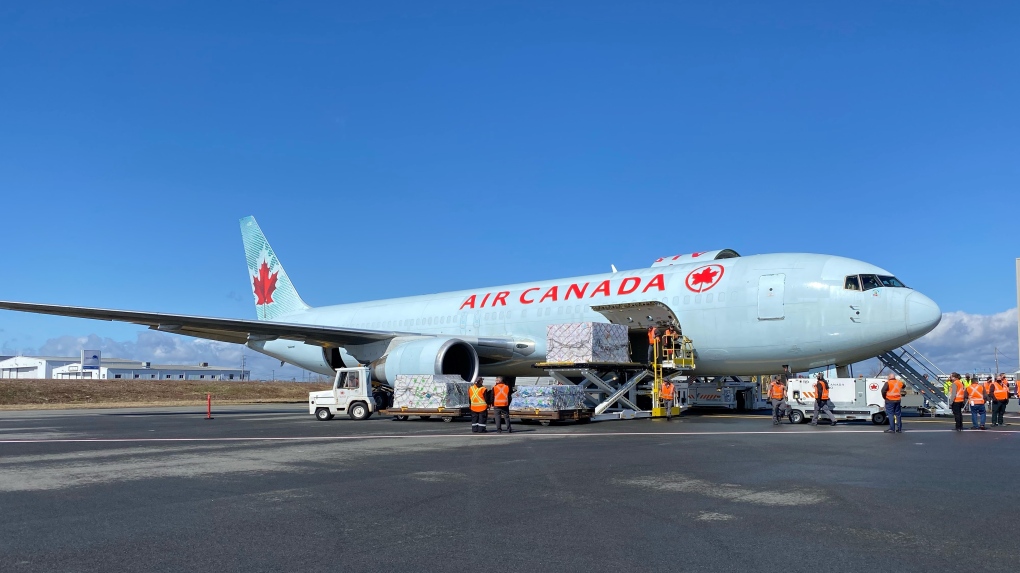 Extension of the cargo network by AIir Canada in Halifax

Thousands of pounds of lobster and other seafood were loaded onto an Air Canada Boeing 767 cargo plane and shipped to Toronto on Wednesday.

From Toronto, the products will be shipped to other markets around the world.

“The seafood we ship today will likely be on the menu tonight or tomorrow,” said Jason Berry, vice president of cargo at Air Canada.

This is the airline’s first cargo expansion into a Canadian market outside of Toronto and is seen as a chance to bring Nova Scotia products to new markets around the world.

“There will be six flights a week, bringing 650 tonnes of import and export capacity,” Berry said. “Atlantic Canada’s economy has experienced significant growth in recent years, with increased demand from North America, Europe and beyond.

Beginning in May, Air Canada cargo flights will depart directly from Halifax and land in European markets such as Frankfurt, Cologne, Istanbul and Madrid.

Premier Tim Houston says connecting to global markets through Halifax will not only help grow the local economy, but will also help attract more businesses to the region.

“In terms of business attraction and business development, that’s growth,” Houston said. “There are opportunities for businesses to grow and this sends the message to them that they will be able to get their products to their customers.”

At a time when the COVID-19 pandemic has brought air passenger travel to a virtual halt, the air cargo industry has seen a boom, said Joyce Carter, president and CEO of the International Airport Authority of ‘Halifax.

“What the pandemic has done is shine a light on the importance of getting things like PPE, masks and eventually vaccines to Nova Scotia, but also, it has really shown us the value of the products of Nova Scotia,” Carter said.

Especially seafood products, such as lobster, which can reach new markets thanks to the expanded connectivity to new markets offered by Air Canada.

“We’ve done well in some markets,” Houston said. “But we need to diversify and get our products to other markets and allow people to see and taste what we have to offer.”