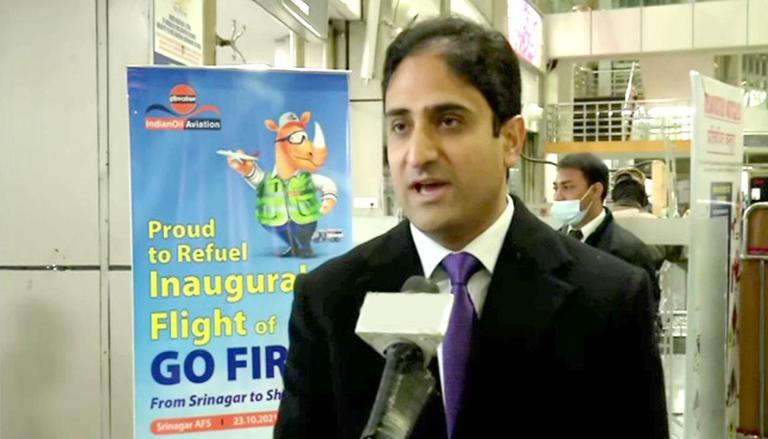 Reacting to the inauguration of the first international flight services from Srinagar to Sharjah reported by Amit Shah, the mayor of Srinagar, Junaid Azim Mattu, said it would strengthen the economic ties between India and the United Arab Emirates.

“This is an important step”, Srinagar Mayor Junaid Mattu says:

“This is an important milestone. This is the first international flight connecting two regions, which have deep cultural and social ties and, hopefully, will also have economic ties,” said Srinagar Mayor Mattu.

“This will give a boost to the tourism sector. The government is taking an important step towards the well-being of the people of Jammu and Kashmir. Young people are also very happy with this decision,” said a passenger.

Flights from Srinagar will now cross Pakistani airspace to reach Sharjah, United Arab Emirates. Reacting to this development, former J&K chief minister Omar Abdullah said it was good to see Pakistan’s refusal to use airspace as a thing of the past. “Maybe there is hope for relations between the two countries,” he tweeted. He also wondered whether Pakistan had allowed the use of its airspace.

“Inaugurating flights will not solve the problems”, says Mehbooba Mufti

PDP chief Mehbooba Mufti said Interior Minister Amit Shah inaugurating international flights from Srinagar and laying the groundwork for new medical schools was a cosmetic step that would not solve the “real” problems of J&K. “Half a dozen medical schools have been sanctioned by the UPA government and are now functional. After the repeal of Section 370 and an artificial crisis, J&K was plunged into chaos,” said the former CM in a tweet.

HM inaugurating international flights from Srinagar and laying the groundwork for new medical schools is nothing new. Half a dozen medical schools have been sanctioned by the UPA government and are now operational. After the repeal of Section 370 and an artificial crisis, J&K was plunged into chaos.

The Go First airline, managed by the Wadia Group, began its direct passenger services to Sharjah in the United Arab Emirates on Saturday from Srinagar, becoming the first domestic carrier to provide direct international connectivity from the summer capital of the United Arab Emirates. Jammu and Kashmir. Operated by an Airbus A320neo, the inaugural flight of airline G8 1595 took off from Sheikh ul-Alam International Airport in Srinagar around 6:30 p.m. on Saturday, according to a statement. Go First will operate four flights per week between Srinagar and Sharjah.

Modern monetary theory, or MMT, is here to stay. What investors need to know.