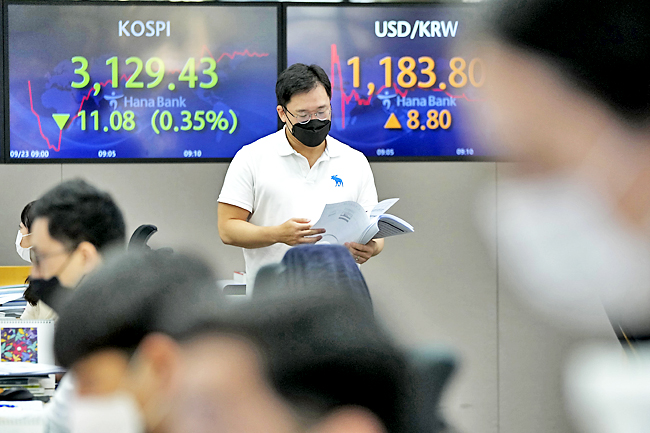 AP – Global stocks were mostly higher yesterday after the Federal Reserve signaled it may start easing its extraordinary support measures for the United States (US) economy later this year.

Benchmarks rose in Paris, London, Hong Kong, Shanghai and most other markets. US futures were higher. Markets have been closed in Tokyo for a holiday.

The US central bank has indicated that it could start raising its benchmark interest rate sometime next year, sooner than it expected three months ago. He also said he would likely start slowing the pace of his monthly bond purchases “soon” if the economy continues to improve. The Fed and other central banks bought bonds throughout the pandemic to help keep long-term interest rates low.

Markets were also reassured after Evergrande, one of China’s largest private real estate developers, said it would make a payment due yesterday on a national bond. This has likely allayed some concerns about heavily indebted Chinese real estate developers and the potential ripple effects of possible defaults.

“The focus is now on its dollar bond interest payment due today after resolving its domestic bond payment,” IG’s Jun Rong Yeap said in a comment.

“Markets will wait for a new resolution on its subsequent bond payments in order to have greater conviction on mitigating contagion risks, which partially helped push markets up overnight,” Yeap said.

Evergrande Group shares traded in Hong Kong gained 16% yesterday. They have lost around 80% of their value since the start of the year.

In a press conference, Federal Reserve Chairman Jerome Powell said on Wednesday that the Fed plans to announce as early as November that it will start cutting its monthly bond purchases, if the labor market maintains its constant improvement.