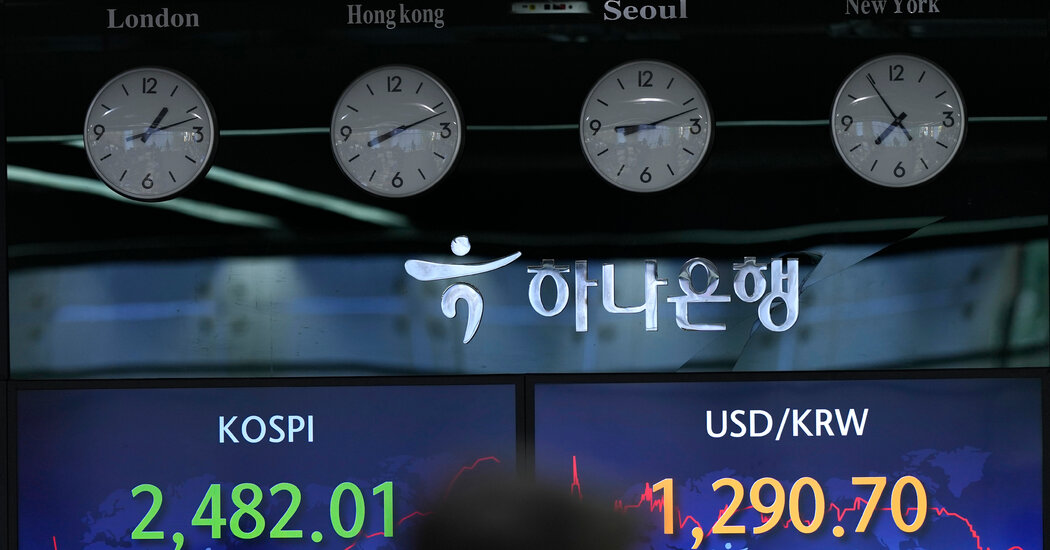 Global stocks signaled a potential rebound on Wall Street on Tuesday, a day after a market rout sent the S&P 500 into bearish territory with losses of more than 20% from its recent high.

U.S. equity futures rose on Tuesday, while European markets rose in early trading. After a sharp initial sell-off, many markets in the Asia-Pacific region recouped some of their losses.

Global markets are on shaky ground as multi-decade highs in inflation, supply chain shortages and geopolitical tensions weigh on growth prospects around the world.

It’s a delicate balancing act. If the Fed takes too aggressive steps to contain inflation, it could dampen the US economy and trigger a recession.

The state of the stock market

The decline in the stock market this year has been painful. And it remains difficult to predict what awaits us for the future.

Those worries sparked a selloff in the United States on Monday, when the S&P 500, the benchmark stock index, lost 3.9%. Since hitting a record high in January, the S&P 500 has fallen 22%, marking the seventh bear market in 50 years.

Weakness continued in the Asia-Pacific region on Tuesday, although many markets pared losses in the afternoon. Japan’s Nikkei index fell 1.3% at the close while China’s Shanghai Composite Index rallied late in the day to end up 1%. In Australia, the key stock index fell around 3.5%, the biggest single-day drop in two years.

Stock indices across Europe climbed higher. The Stoxx Europe 600 rose 0.5%, ending five straight days of losses and moving away from its lowest level since March 2021. Britain’s FTSE 100 rose 0.5% and the DAX in Germany increased by 0.8%.

Investors have tried to make sense of what is happening in the global economy.

The World Bank issued a dire warning last week, saying recession will be hard to avoid for many countries. On Monday, ratings firm Fitch lowered its 2022 forecast for global gross domestic product, or GDP, to 2.9% from an estimate of 3.5% in March.

Russia’s invasion of Ukraine has further strained an already strained global supply chain while straining global food and oil supplies. As inflation soars, central banks around the world have moved to hike rates.

China also complicates the picture. As the Chinese government stubbornly pursues a zero Covid strategy, the resulting lockdowns and restrictions have stunted China’s growth and added to global supply chain woes. Chinese officials are increasingly concerned about the state of the economy, raising doubts that the country will meet its growth targets.

In its forecast, Fitch raised concerns about “tight” monetary policy and inflation, noting that supply disruptions due to the war between Russia and Ukraine are “impacting faster than expected. on European inflation”. The rating agency also cut growth projections for China as it did not expect the economy to rebound quickly given the government’s commitment to zero-Covid policy.