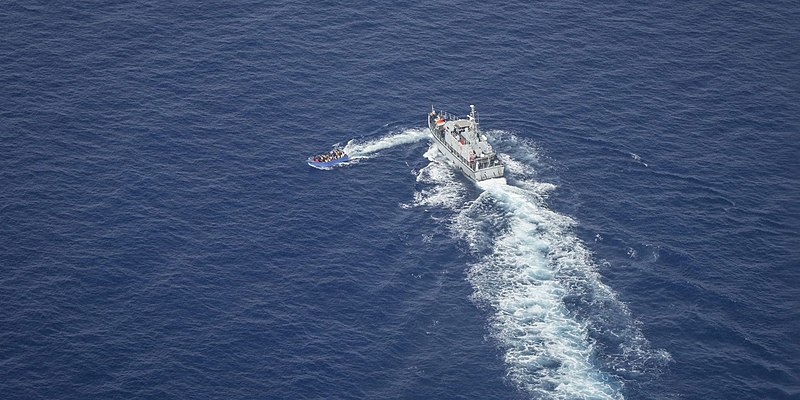 Greece to train Libyan coastguard and expand investments in Libya

Greece said it will start training the Libyan coast guard on Monday, as part of a larger effort to expand ties with the North African country.

The announcement comes just a day after the Libyan Investment Authority signed a memorandum of understanding with Enterprise Greece, the country’s official investment agency.

“The MoU also aims to facilitate and enable Libyan investments in European and international markets. In addition to encouraging investment opportunities inside and outside Libya and benefiting from global expertise, ”said the LIA.

Fragogiannias and Issa both issued a joint statement on Monday following the meeting. In the statement, Fragogiannias demanded the withdrawal of all foreign troops from Libya, while mentioning that Greece was the first country to establish a consulate in Benghazi, and also the first to open investments with Libya.

Issa said Libya welcomes Greece’s investment and support to the country, and hopes to strengthen their relationship.

“What emerges in Greek-Libyan relations is that Greece has never harmed Libya, nor carried any hostility towards Libya,” said Issa, welcoming Greece’s presence in the Mediterranean and internationally.

These measures aimed at strengthening Libyan-Greek relations come after Greek Foreign Minister Nikos Dendias visited the country in August. Dendias has vowed that Greece “is back” in Libya after his official visit. There, he met officials of the Libyan provisional government as well as representatives of the Greek community.

Speaking at the Greek Community Center in Benghazi, where he participated in the opening of the Greek consulate, Dendias pledged his country’s support.

“What I can promise Benghazi society is that Greece will come back. Come back to help as much as we can. With our people, with our membership of the European Union, and we want to keep our friendship with Libya and help Libya move forward and become a prosperous and stable country, ”he said.

Foreign Minister Dendias previously noted in an interview with Libyan officials that many members of the Greek community in Benghazi and Libya in general had remained there during the years of the crisis and are now ready to go. help rebuild the country.

“And there is also the presence of Greek companies, which have also stayed here and operate here in Libya and Benghazi, and they are also ready, with their knowledge of the region, to help in the reconstruction of the friendly country of the Libya. , he concluded.