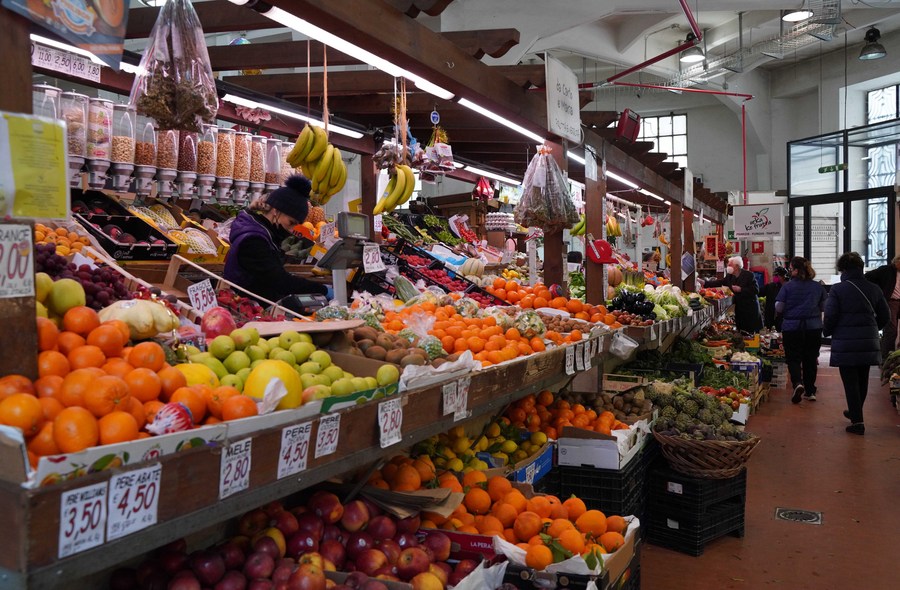 ROME, Aug. 3 (Xinhua) — Retail sales in Italy contracted in volume during the second quarter (Q2) of the year compared to the previous quarter, the country’s statistical entity reported on Wednesday, as the economy suffered from rising prices. and other areas of uncertainty.

Compared to the first quarter (Q1), retail sales in Q2 were down 0.3% in volume and 1.1% in value, the National Statistics Institute (ISTAT) said.

In June, retail sales volumes fell 3.8% from a year earlier, recording the first year-on-year decline since February 2021. However, sales rose 1.4% in value in June , mainly due to a large price increase.

The ISTAT statistics follow a report by Standard & Poor’s Global Market Intelligence, which reported earlier this week that Italy’s Manufacturing Purchasing Managers’ Index (PMI) fell to 48.5 in July, compared to 50.9 in June. This is the first “deterioration” in the key trading conditions indicator since June 2020, according to the report.

“Italy’s manufacturing sector faced new challenges in July, as the health of the sector deteriorated for the first time since June 2020 amid a further drop in factory output and the sharpest decline in new orders since the peak of COVID-19 containment measures in April 2020,” said Lewis Cooper, economist at S&P Global Market Intelligence.

In an earlier report, ISTAT noted that consumer prices in Italy in July were 0.4% higher than in June and 7.9% higher than a year ago. The upward pressure on prices was due to higher fuel prices resulting from the crisis in Ukraine and other supply-side factors, ISTAT said.

People ride scooters past the Bank of Italy building in Rome, Italy, May 1, 2022. (Xinhua/Jin Mamengni)■