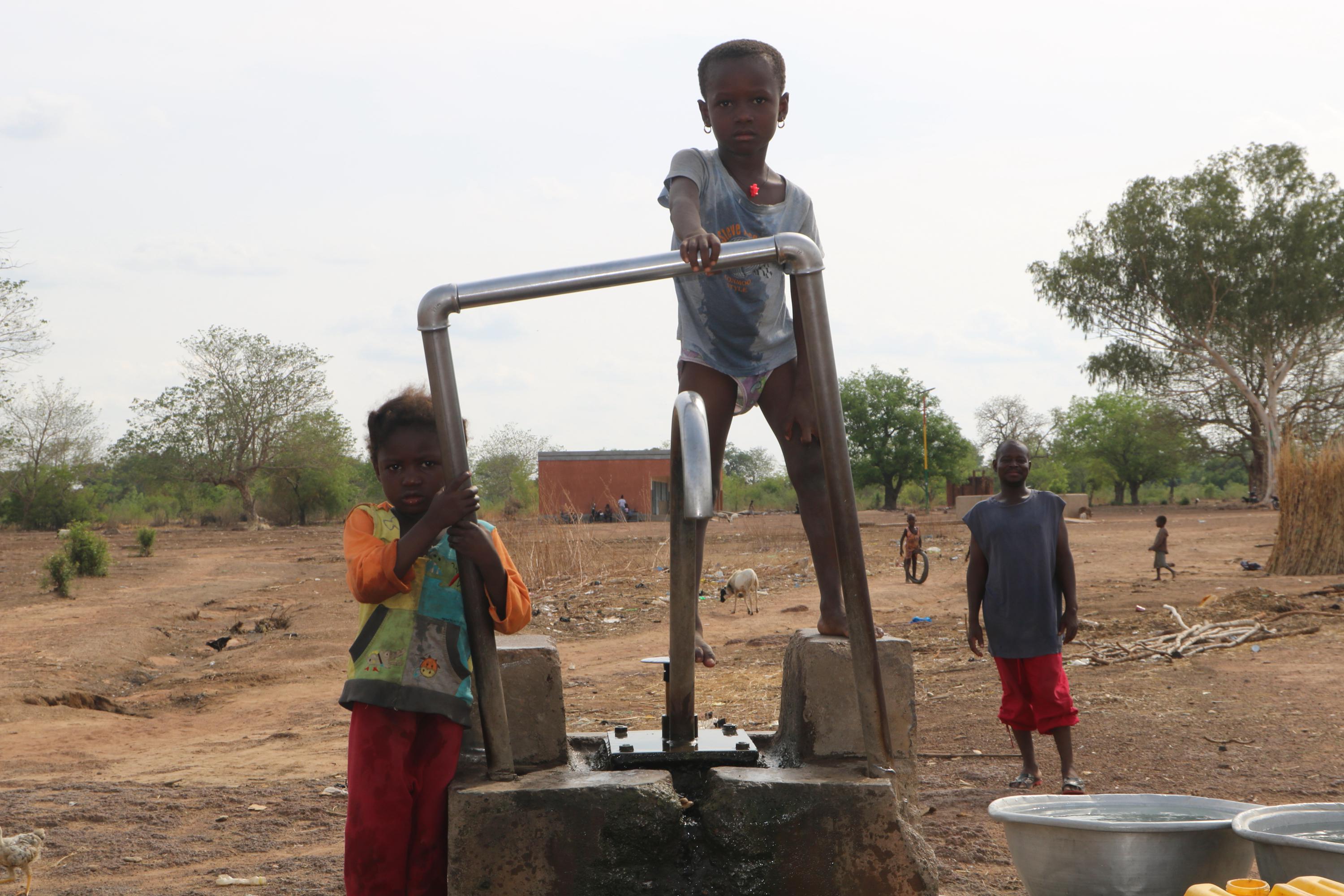 BANFORA, Burkina Faso (AP) – Florent Coulibaly, a soldier in the Burkina Faso army, says he has not been sleeping well for a few months as he is often woken up at 3 a.m. to fight jihadist rebels.

Until recently, life was peaceful in Comoe province in western Burkina Faso, but an increase in attacks by extremist groups in the west of the country has put the army on edge.

Over the past six months, his battalion has doubled its patrols from once to twice a week, but Coulibaly says the men are poorly equipped, overworked and fear the area may be overrun by jihadists.

Burkina Faso is experiencing an increase in extremist violence from groups linked to al-Qaida and the Islamic State group. Last month, at least 11 police officers were killed when their patrol was ambushed in the north. The country also saw its deadliest violence in years when at least 132 civilians were killed in an attack in its Sahel region.

Jihadist rebels are also expanding their reach in Burkina Faso. Extremist violence centered in the north and east of the country has spread to the western and southwestern regions near Mali and Côte d’Ivoire, bringing residents and security forces from these regions to prepare for more conflict.

The establishment in western Burkina Faso makes strategic sense for groups that can use it as a base to expand their operations in West Africa. The thick vegetation gives them shelter and the area can give them territorial control over the smuggling route between the Gulf of Guinea countries and Mali.

Attacks in three regions in the south and southwest of Burkina Faso quadrupled from four to 17 between 2018 and 2019, according to the Armed Conflict Location and Event Data Project. There were nine attacks last year – a reduction that analysts attribute to the increase in military operations as well as the expansion of violence across the border into neighboring Côte d’Ivoire.

In June, a soldier was killed in northeastern Côte d’Ivoire, on the border with Burkina Faso, and in March, 60 armed men attacked two security outposts in Côte d’Ivoire, leaving three dead.

“This attack confirmed the intention of the armed groups to target the northern coastal countries. This is probably a new phase in the groups’ strategy to develop in these areas, ”said Florent Geel, deputy managing director of Promediation, an international organization focused on mediation.

During a trip in April to the towns of Banfora and Gaoua in the west and southwest, as well as to a village near the border with Côte d’Ivoire, local defense groups and security forces told The Associated Press they lacked the manpower to stem the violence and I felt it was only a matter of time before the area was inundated by jihadists. Civilians also say they have started to live in fear.

Last year, for the first time, jihadists posted notices on classroom doors warning students and teachers to stay away, said a 35-year-old primary school teacher in a village in the province of Comoé who did not want to be named for fear of his safety. . Although his village was not attacked, it became militarized with checkpoints stoking the paranoia of the locals.

“The situation is getting worse … In the past you could leave (from the village) at midnight with your motorbike … But today you are not going to take the risk … When you sleep you are on the lookout, when you hear a strange noise, you jump, but before it was not like that, ”he said.

A large number of teachers, including himself, are asking to be transferred from less safe villages, which are easier for jihadists to attack, to larger towns like Banfora, he said.

Burkina Faso’s army is also trying to work with the Ivorian army by conducting joint patrols and sharing intelligence, but in at least one clash with jihadists, Ivorian soldiers have refused to fight, said l ‘army.

Some areas have no security presence and rely on local defense groups to ward off extremists. In Gaoua, a group of Dozos – traditional hunters who operate throughout the region – said they were often the first to arrive in the event of an attack, with the army showing up three hours later or not at all.

“It’s disheartening,” said Noufe Sansan, a dozo conductor. Pointing to a text message on his phone he received from a security guard informing him that there are more than 60 extremists hiding in a nearby forest, he said news of attacks in this once peaceful area is become almost daily.

The Dozo are trying to strengthen their forces and alert the community to the potential for future violence, but want help from the government. Two years ago, they requested 24 motorcycles to increase mobility to better respond to attacks, but have yet to receive anything, he said.

Meanwhile, civilians who have escaped the volatility in the north in hopes of rebuilding their lives in more peaceful parts of the country say they are tired of fleeing.

Sitting on the ground in the village of Niangoloko, 15 kilometers (nine miles) from the Ivorian border, Saydou Gamsore described how he fled his home last year due to extremist violence and said if he was again attacked, he would rather die than keep moving.

“We are tired of running away,” said the 76-year-old. “Even if it means death… I will stay here.”