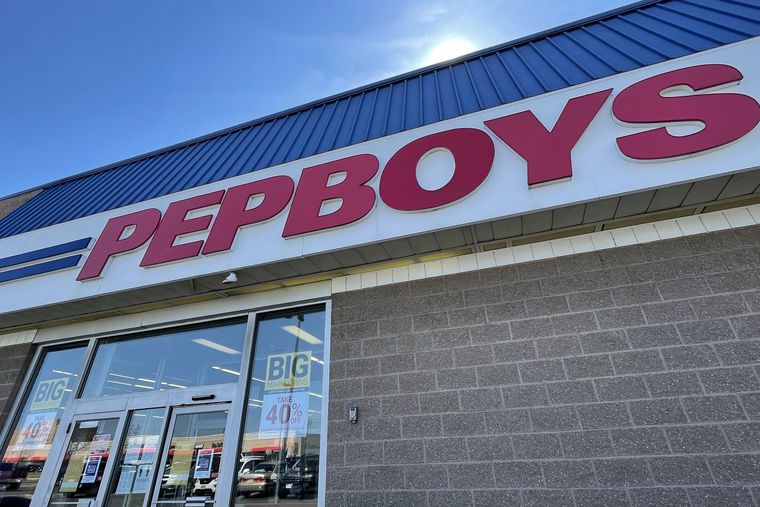 Pep Boys – Manny Moe & Jack, the iconic Philadelphia company that celebrates its 100th anniversary by keeping drivers on the road – continues to close its familiar auto parts stores, as owner Icahn Enterprises leaves retail to focus on repairs and the sale of tires, employees say.

Staff at the company’s Cherry Hill and Marlton sites in South Jersey said they were told earlier this week that those stores would close this summer, although garages and tires will remain. A Pep Boys in Turnersville is also expected to close. Audubon and Stratford stores closed earlier this year. Cinnaminson and Berlin stores will remain open, employees said.

Pep Boys stores in Philadelphia, Wilmington and their suburbs have so far remained in business, along with adjoining garages and Pep Boys tire stores, although some retail stores have reduced their opening hours, closing for example. at 7 p.m. instead of 9 p.m.

The chain’s retail stores in South Texas’s Rio Grande Valley are also expected to close, the Valley Morning Star reported on May 5. A total of 100 more stores in the United States are expected to be closed or sold to other owners, according to a Pep Boys executive who spoke on condition that he was not identified.

This is in addition to 109 Western stores that the company says will be taken over in March by rival Advance Auto Parts during this year.

Pep Boys has also closed store clusters in the Detroit, Pittsburgh and Seattle areas, as well as New Mexico and Louisiana, among other states, since early last year. The company, whose leaders are now dispersed in several cities, sold its headquarters at 3111 W. Allegheny Ave. in Upper North Philadelphia to a group of real estate investors last fall but continues to occupy part of it.

Icahn, which once operated more than 500 Pep Boys retail stores and more garages, has stopped publishing the current number of stores.

In addition to store closures, “other retail stores are closing to prepare for the conversion to another retailer,” said Arianna Sherlock, a spokesperson for the company. She said Pep Boys now operates around 1,000 service centers, including several newly opened, and plans to open more later this year. She would not provide a number for the remaining retail stores.

The company’s retail auto parts sales fell $ 50 million, to $ 276 million, in the first three months of this year, compared to a year ago, according to its report.

Most of the drop was due to store closures “in low-volume, non-core markets,” which made Pep Boys less profitable, Keith Cozza, managing director of Florida-based Icahn Enterprises, told investors at the time. of a conference in April. Store closures have accelerated, he said, due to the pandemic, which has reduced commuting, tourism and demand for cars last year.

Auto maintenance revenue increased over the same period, from about $ 13 million, to $ 322 million, eclipsing retail sales. Even with lower in-store sales, “you should see a dramatic improvement in profitability”, thanks to digital technology that speeds parts up to where they are needed and makes it easier to book service and tire appointments, Cozza added.

Pep Boys was founded by four World War I Navy veterans with a first store at 63rd and Market Streets, where West Philadelphia met the growing suburbs that accepted cars. The company grew up with the national obsession with personal vehicles. But as a state-owned company, over the past decades Pep Boys has struggled to show the growth necessary to keep earnings and stock prices high and avoid a takeover.

Icahn hoped to weld Pep Boys together with other auto chains he bought, including Montgomery County-based transmission store specialist Aamco and its auto parts manufacturing plants to create a profitable transportation group.

But Icahn, under pressure from growing debt and falling oil prices, sold the parts manufacturing group in 2018, and its auto group directors have recently sought to focus on service and tires. – things that may not be sold as easily by competitors online as Pep Boys Do-It-Yourself Store Items.

The company said it still plans to keep stores in regional markets where the business is profitable.

With sales still on the rise in Lafayette Parish, where are people spending? Car dealers, restaurants | Business