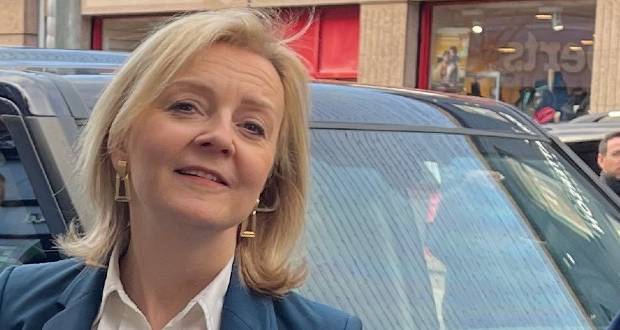 Paddy Lillis, Usdaw General Secretary, said, “Keir Starmer promised an economy based on sound finances that works for working people. He also pledged to fight for fair pay and good work, understanding that low pay and precarious jobs are a real obstacle to economic growth.

“It’s in stark contrast to the chaotic Tories who have crashed the economy, hiked interest rates and risked pension funds, all because they tried and failed to cut taxes on the wealthiest .”

Earlier this week, Usdaw praised Frances O’Grady’s keynote address to the Trades Union Congress (TUC) annual conference in Brighton when the outgoing general secretary took the government to task over its handling of the economy. Lillis said: “The time has come for the Conservatives, we need a general election and a Labor government to get Britain back on track.”

Liz Truss became Britain’s shortest prime minister ever when she stepped down today (October 20) after just 44 days in office.

Usdaw is also reiterating its call for the government to introduce an online sales tax, which would rebalance taxation of the retail sector between online and in-store retail, as high street businesses in Across England face a £2.7billion rise next year after inflation jumped further, with £800million falling on retailers.

Business rates, property tax on all businesses including shops, pubs and hotels are due to rise in April next year in line with inflation. Today the Office for National Statistics (ONS) revealed that Consumer Price Index (CPI) inflation has returned to an even 10.1%, its highest level in 40 years . In terms of the current tax burden, retail accounts for only 5% of the UK economy, but pays 25% of business tariffs.