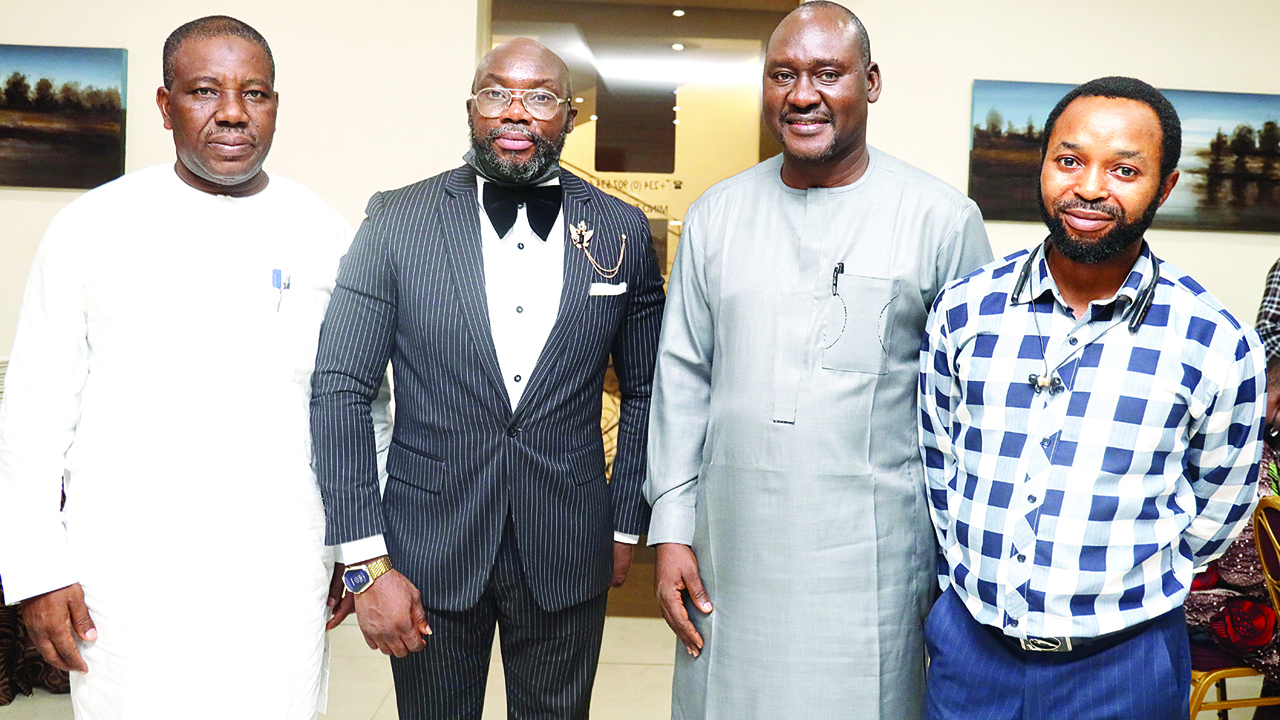 In the run-up to the 2015 general election, a statement that resonated with many Nigerians was â€œif Nigeria did not kill corruption, corruption would kill Nigeriaâ€.

It was a statement from one of the frontline candidates at the time. But the statement turned out to be a simple slogan with little to no impact. Indeed, around 18 billion dollars (N954b) leaves Nigeria through illicit financial flows, around 92% of crimes are said to have been committed in the oil and gas sector.

It has also been said that while more than three-fifths of world trade that takes place in multinational companies involves overbilling or undervaluation of trade agreements; transfer pricing, the use of offshore finance and tax havens were noted as windows for illicit financial flows (IFFs).

In 2015, the Economic Commission for Africa reported that the United States accounted for 29.0% of Nigeria’s IFFs, Spain 22.5%, France 8.7%, Japan 8.5% and ‘Germany 7.7%. The five countries, which contributed 76.4 percent of total illicit financial flows from Nigeria from 1970 to 2008, were the main destinations for Nigerian petroleum products at that time.

With oil and gas-related products accounting for about 92 percent of Nigeria’s total merchandise exports, the Partnership for Social Research and Governance in Africa (PASGR) noted in a report that oil-exporting countries like Nigeria are vulnerable to illicit financial transfers.

To halt the trend of illicit financial flows from Nigeria, given the huge amount at stake and its negative impact on the provision of infrastructure and services, some stakeholders led by the Civil Society Legislative Advocacy Center ( CISLAC) called for deliberate action to reverse the flow. And they believed that one of the steps to take is to ensure that the Beneficial Ownership Registry (BOR) policy is implemented and supported by strong political will.

To galvanize support for the BOR and the war on corruption, this is why the CISLAC / Transparency International-Nigeria (TI-N) with the support of the Tax Justice Network – Africa (TJNA), during a briefing gave an overview of the anti-corruption potential of the beneficial owner registry in Nigeria.

Leading the conversation, CISLAC Executive Director Auwal Rafsanjani said that transparency in the ownership and control of companies, partnerships, trusts and other legal entities that may own assets and open businesses bank accounts is essential in being able to determine where illicit funds are heading to and who is moving them.

Rafsanjani noted that the Nigerian government has made significant progress in implementing beneficial ownership transparency, as indicated by the signing of the Companies and Related Affairs (Amendment) Act 2020 and the ongoing process. Towards the creation of a central registry for the disclosure of all entities in the country that would encompass and complement the register of beneficial ownership of extractive sector companies already established by NEITI in December 2019.

While rapid uptake of beneficial ownership is important, he said, the quality, accuracy and usefulness of data for the intended purposes of curbing illicit financial flows (IFFs) depend on the establishment of a framework appropriate legislative and data compliant with the benefits of Open Data Standards (BODS).

He said the capacity of tax and customs authorities, police and prosecution authorities, the mandatory beneficial owner information clause to be provided when companies are incorporated or registered in trust, and the presence of a warrant for ensure that the information provided by any entity is periodically updated and on a regular basis among others, have the ability to hinder the effective implementation of this initiative, regardless of its quality.

He also identified the enforcement capacity to ensure that information is placed on the publicly accessible platform and how to verify reported information and misrepresentation, which is expected to result in severe penalties.

â€œLet’s be clear that beneficial ownership and the broader issue of money laundering is not just a Nigerian or an African issue. But as long as the inefficiency and lack of political will to clean up our systems persists, the consequences in the form of terrorist financing, transnational organized crime, tax evasion and the illegal enrichment of politically exposed persons will prevail.

“We are therefore seeking to advocate for the identification of a verification process which guarantees that the persons registered in the official register are authentic, that is to say that they are indeed who they claim to be, authorized, that is, these people have agreed to be involved in a legal entity and that all data recorded is valid.

In addition, the CISLAC boss said the process should be a fully automated information technology system with human supervision that will have access to relevant data, held by domestic and foreign authorities for cross-checking and review. advanced analysis and could be managed by NEITI, or another organization. who has experience in data analysis, such as financial intelligence units or tax authorities.

He added that the government must deploy an approach that clearly defines the roles and responsibilities of the various stakeholders involved in defending the system or preventing abuse.

Also speaking on the matter, the Registrar General and Chief Executive Officer (CEO) of the Corporate Affairs Commission (CAC), Alhaji Garba Abubakar, said Nigeria has started to implement the disclosure of the effective ownership since January 3, 2021.

He revealed that the process was delayed until 2021 from 2016, when President Mohammadu Buhari made commitments to the anti-corruption summit in London, due to the lack of a legal framework to support it. .

â€œThe Companies and Allied Affairs Act (CAMA) 2020 has been enacted and now provides for mandatory disclosure of persons exercising relevant control. The CAC is the body responsible for giving effect to the provisions of this new law.

â€œAs of January 3, the CAC has deployed an electronic registry that covers all aspects of our registration services, and that includes disclosure of beneficial owners. “

Abubakar revealed that from January 3 until the present, every company registered with the CAC has been mandated to disclose its beneficial owners at the time of registration, and whenever there is a change in the information, the update must be provided especially when filing annual returns.

He said that for companies registered before that date, including legacy companies, disclosure would start from their next annual financial reports, which are dependent on the end of each company’s financial year.

Abubakar argued that the essence of the effort is to strengthen transparency and support the government’s anti-corruption initiatives, so that if a citizen observes that the information on the portal does not actually reflect the ownership of the company, then that person can escalate the information and report it to the appropriate agencies for investigation.

Remittances to Africa set to decline in 2021